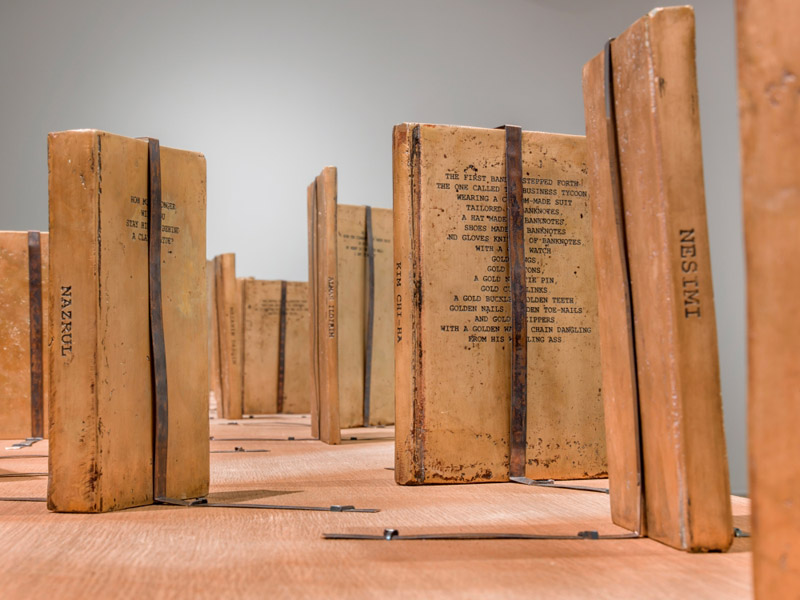 “At the heart of my curatorial adventure, says Anita Dub, lies a desire for comradeship and liberation (away from the slave model and master) where the possibilities for a non-alienated life could spill into a ‘politics of friendship.’ Where pleasure and pedagogy could sit together sharing a drink, and where we could sing and dance and celebrate a dream together”.

Born in Havana in 1986 Leandro Feal is interested in all dimensions of photography. His works aim to construct the cultural imaginaries of a Cuba with the air of renewal and exchange in the anachronistic context of Socialism. In his practice uses the photographic essay and uses all possible means (fashion, publicity, cinema, events, galleries, publications) to expand it. His work was disseminated on Instagram and various magazines as well as in spaces such as the Center for the Development of Visual Arts (CDAV), National Museum of Fine Arts (MNBA), Pérez Art Museum Miami (PAMM), Miami, United States; Atlantic Center of Modern Art (CAAM), Ludwig Forum für Internationale Kunst, Aachen, Germany; Artium, Centro- Basque Museum of Contemporary Art, Vitoria-Gasteiz, Spain. Las Palmas de Gran Canaria, Spain. Shilpa Gupta  was born in India in1976, she lives and works in Mumbai. Her work engages with the defining power of psychological and social borders on public life making visible the incommensurabilities and aporias in the emerging national public sphere in India, which include religious differences, gender and class barriers, the continued power of repressive state apparatuses, and the seductions of social homogeneity and deceptive ideas of public consensus enabled by emerging mediascapes. She has had solo shows at the Museum voor Moderne Kunst in Arnhem, Contemporary Arts Center in Cincinnati, OK Center for Contemporary Art in Linz, Chemould Prescott Road in Mumbai, and at ‘My East is Your West’, organized by Gujral Foundation in Venice in 2015. She took part in ‘Younger Than Jesus Triennale’ at New Museum, Berlin Biennale, Gwangju Biennale, Lyon Biennale, Liverpool Biennale, Yokohama Triennale, and biennales at Moscow, Seoul, Sydney, Auckland, Havana. Her work has been shown in Solomon R. Guggenheim Museum, San Francisco Museum of Modern Art, Tate Modern, Centre Pompidou, Daimler Chrysler Contemporary, Mori Museum, Devi Art Foundation amongst others.