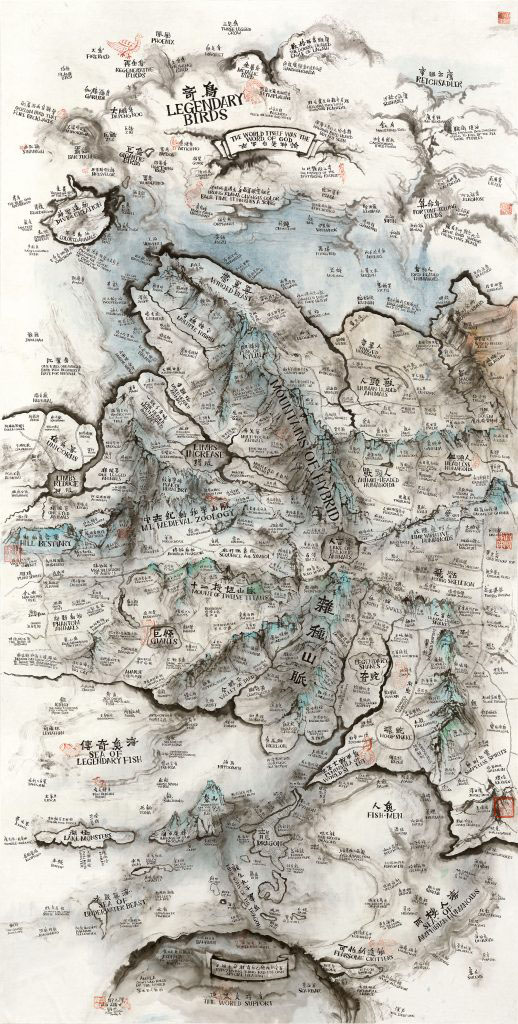 Passage Sainte-Croix, as part of the Nantes series of events on the Silk Road, hosts an exceptional exhibition by Chinese artist Qiu Zhijie.

Qiu Zhijie, explorer of the imaginary invites to travel through its geographical maps, unique representations of the world around it. By summoning fairy tales, myths, legends around the world, mapping the scientific and philosophical exchanges, exploring languages and literatures, the artist puts his footsteps in the footsteps of Jesuit missionaries sent from Europe to China to 16th century, initiators of exchanges between China and the West. Nineteen of his works are exhibited, two of which were made especially for this exhibition, as a tribute to Jules Verne. Maps but also mythological creatures inspired by a fusion of cultural traditions reveal the scientifically dreamlike universe of the artist.