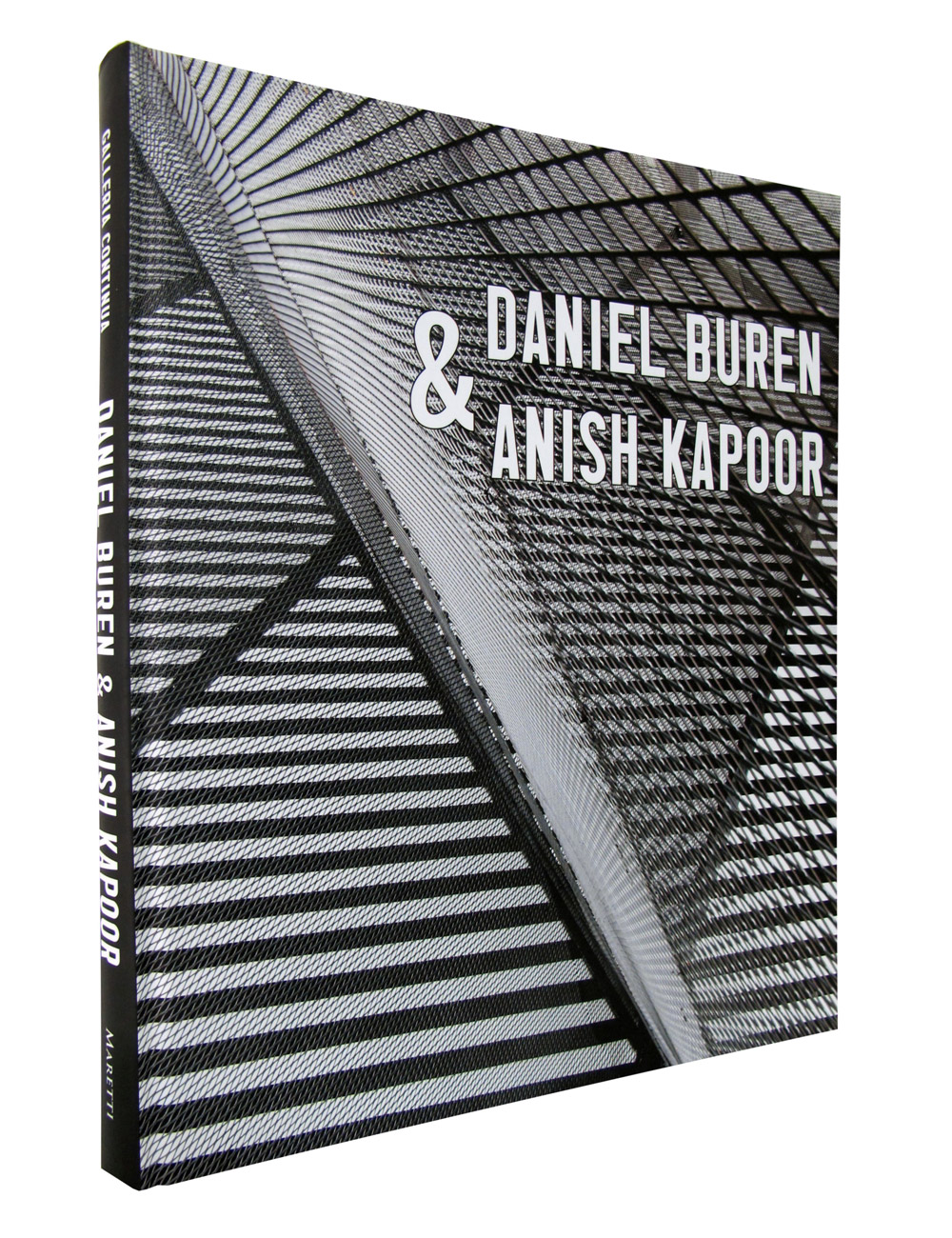 ﻿Galleria Continua is pleased to publish the catalogue of the exhibition DANIEL BUREN & ANISH KAPOOR in San Gimignano, 2018.

The volume presents the first four-handed work by a unique collaboration of the two artists.

The exhibition route, built through a dialogue between the works by the two artists - starting from earlier works up to the most recent ones - accompanied us to the main hall where the site-specific piece created by Buren and Kapoor was placed for this exceptional event.

«I think that Anish is someone who has developed a real progression in his work, starting with almost intimate, essential things. I say essential because at the beginning he worked on coloured pigments, and therefore on colour in its raw state, with these very fine pieces, and also a sensibility that took a very  original form. After that he developed things that are bigger and bigger, even monumental. He is therefore an artist who, little by little, is developing something less intimate».