Over the course of her extraordinary career, Berlinde De Bruyckere has succeeded in drawing a fine line throughout her body of work, reinterpreting and sometimes revolutionising certain elements that for her have become key. The two works that will be presented in Palermo, Mantel I and Mantel II, are the result of a new exploration on the part of the artist, that began in 2016 with the series It almost seemed a lily. The main inspiration stems from seven Horti Conclusi which belonged to a convent of Augustinian nuns in Mechelen, Belgium. These diminutive wooden altarpieces, made in the sixteenth century, are each unique and extremely rare; they house reconstructions of the Garden of Eden and contain miniatures of saints and patrons, textiles, glass, precious metals, wax and even bone. In Mantel (literally, ‘mantle’ in Dutch), the threadbare brown draperies allude to the habit worn by San Francesco, as painted by the Spanish master, Francisco de Zurbaran (1598-1664). The opening of the show, hosted within the evocative walls of the Chiesa di Santa Venera on the Mura della Pace, is a wonderful opportunity to appreciate the restauration of the church, as the building had been condemned and thus closed for some time. 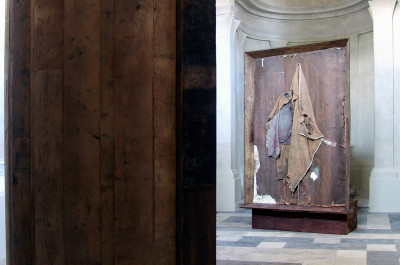 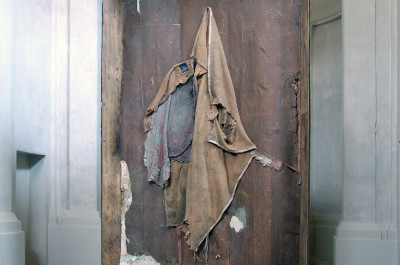 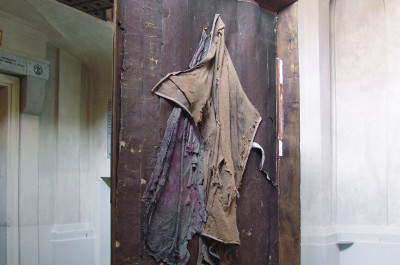 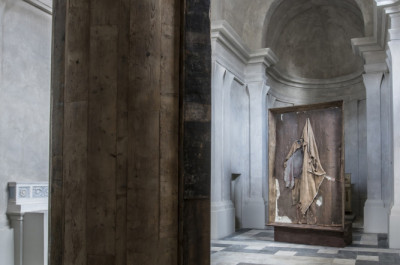 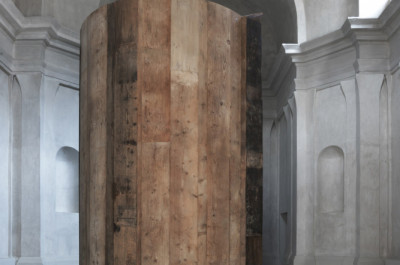 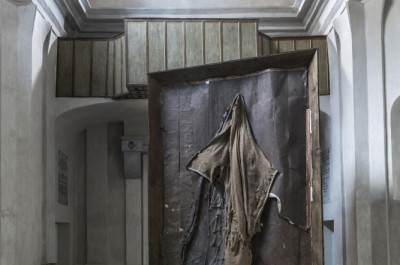