The 2000’s generation in Brazil

"Art should comfort the disturbed and disturb the comfortable" – Cesar A. Cruz 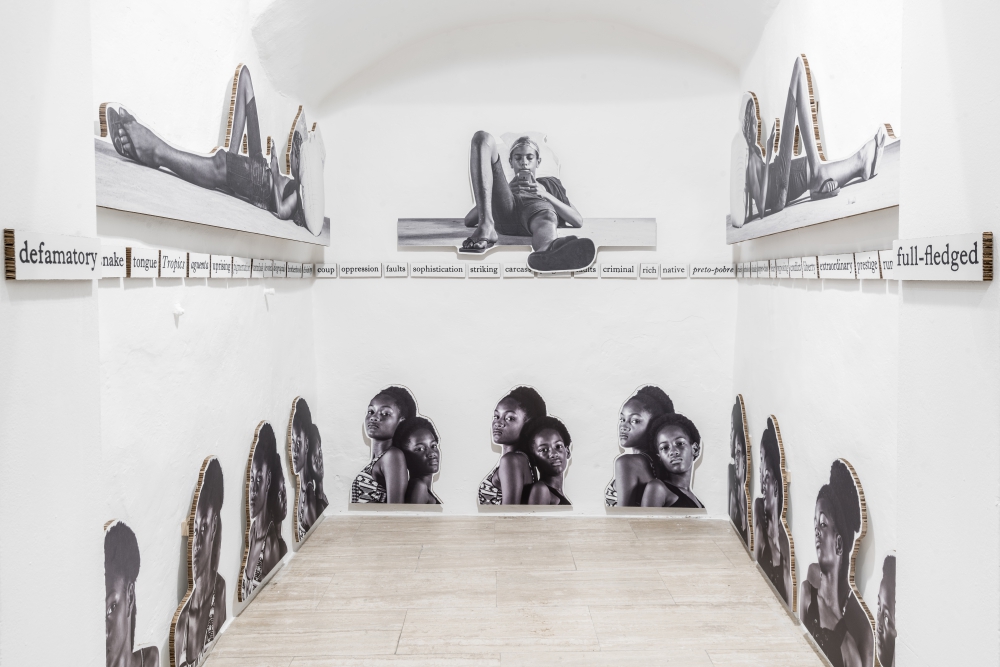 This presentation of Brazilian artists includes the generation that in Brazil is called Geração 2000 (The 2000 Generation), which defines some of the artists who produced works from the 2000s.

Within this generation, we find Jonathas De Andrade, Marcelo Cidade and André Komatsu. Artists for which, to understand their artistic production, it’s fundamental to highlight the time and context in which they were born. This generation was born in the late 70s and 80s and was influenced by a series of factors put into place by the fascinating president Juscelino Kubitschek. He was elected through the political campaign “50 years in 5” which sought to develop 50 years of the country in only 5 years.

To give life to this ideology, Kubitschek begins to create large national debts with the International Monetary Fund (IMF), which culminates in the growth of 1960s and the creation of the new capital for the country, Brasilia. Nevertheless, with the extreme indebtedness of the country created during those years, the debt arrives and Brazil is charged to pay. These Generation 2000 artists were born into the country's bankruptcy and in their professional careers, through their work, they began to examine Brazilian modernism, that had been so celebrated. With this bankruptcy of the Brazilian modernist structure, De Andrade, Cidade and Komatsu question the aspects of bankruptcy and this utopia created by the ambitious economic past projects of the country’s politicians.

In 2014, for the first time we had the pleasure of inviting Jonathas De Andrade, Marcelo Cidade and André Komatsu to do three solo shows in our San Gimignano exhibition space (together with the Italian artists Ornaghi & Prestinari). Exponents of the new generation of Brazilian artists, these artists engaged with the particular features of the gallery spaces, producing thought provoking and beautiful works. 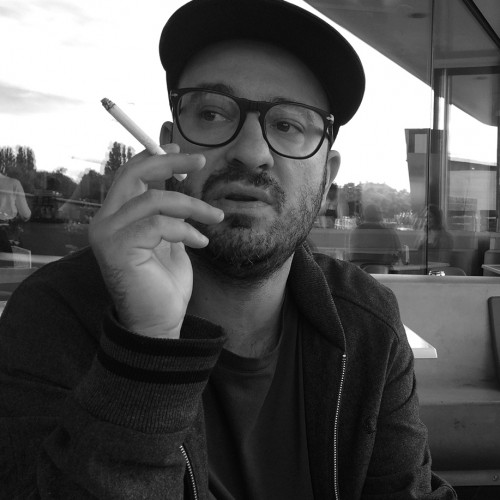 Marcelo Cidade was born in São Paulo in 1979, where he lives and works. Through an often subversive and informal practice, the artist questions the ideals of modernist architecture, appropriates urban spaces and, by means of various aesthetic operations, invents new idioms, constructing fresh and surprising spaces. The intimate bond which, for Cidade, holds together art and life authorizes the artist to explore the continual oscillating flow between the social and the personal sphere. Comparing established social relations and values, Cidade produces an “aesthetics of resistance”; he creates works that express complex social conflicts and brings signs and situations from the street into spaces given over to art. The artist’s works emphasize an encounter between art and society, without neglecting to privilege poetic expression and the discussion of language, they are also inspired politically by notions of challenge and transgression. One of Cidade’s interests is the public space generated in the urban and technological flux of the surveillance society. He concentrates on one place to reach another one, setting in motion a process of dislocation from the historic-geographic to the poetic. The city is the privileged site of events, and it is here that the artist looks for his work materials. Streets, walls, flyovers, squares, shutters are a challenge for his gaze. 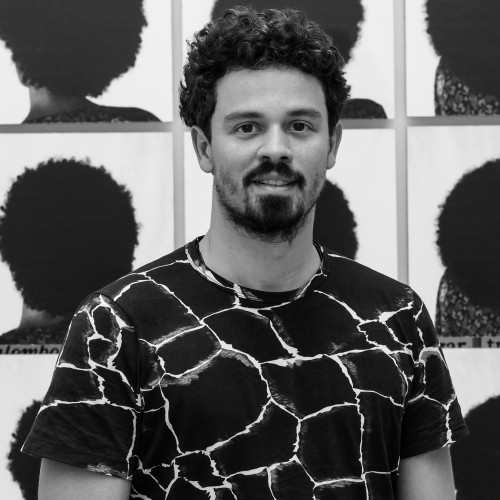 Jonathas de Andrade, born in Maceió in 1982, studied communications at the Universidade Federal de Pernambuco, Recife, the city in which he now lives and works. It’s an interesting city that is full of contrasts between an old colonial past and the wave of modernism that inspired Brazilian architecture and town-planning in the late twentieth century.
De Andrade works with installation, photography and video to explore the effects of power dynamics in society, the development of humanity, and ethics in order to communicate the lasting consequences of modernist culture, something that has profoundly changed Brazilian society due to various politic decisions taken in the twentieth century.
Since 2007, de Andrade has collaborated with the artist’s collective A Casa como Convém (The House as It Should Be), a collective that he co-founded in Recife, Brazil. He completed a mural in the city in 2012, "Nostalgia, a Class Sentiment (Nostalgia, Sentimiento de Class)" 2012, that with its composition of geometric tiles displayed next to manifestos about modern life from the 60s and 70s, provokes comprehension of Brazil’s imposed twentieth century modernising projects and their failure to enact sustainable and durable change.
Often in de Andrade’s work, found material or repurposed representations of objects are used to illustrate the processes of certain human relationships. Reflections on memory, modernity, community and societal dynamics are tangible in much of his work, examples being works like: "The water spirits / O espírito das águas" 2017, which represents a metaphor for the relationships between ourselves as well as with nature and "Fome de Resisténcia – A mão Kayapó Menkragnoti" 2020, a work which presents now obsolete maps from the Brazilian authorities marked and painted upon by indigenous Menkragnoti Kayapó women.
"Eu, mestiço / Me, mestizo" 2017 is part of a wider project by the artist, the point of departure of which was a study entitled “Race and Class in Rural Brazil”, carried out in the 1950s by Columbia University and sponsored by UNESCO. For the work the artist engaged with this study and decided to photograph participants evoking emotions and reactions, accompanying each set of photos with sentences words taken from Race and Class in Rural Brazil. He tried to recreate something of the atmosphere and the racial and class tensions on which the study focused, and possible parallels and similarities with life today. 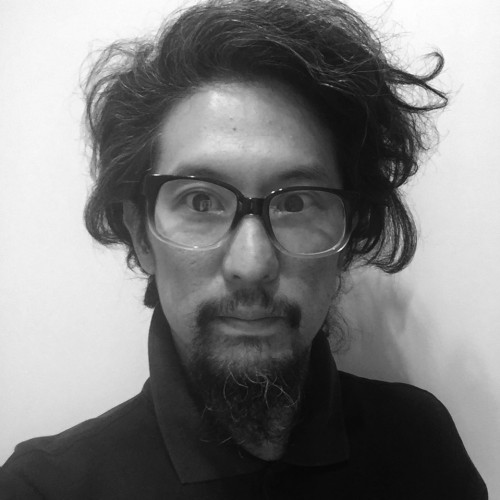 André Komatsu was born in São Paulo in 1978, where he currently lives and works. Komatsu describes his work as the reflex of a series of perceptions he has while going along roads and through urban spaces.
The objects and materials that converge to form Komatsu’s artistic universe are, aside from appearances, invitations to social resistance. Starting from fragments, rubble, abandoned objects, the artist carries out a reconstruction in search of new models of existence.
The artist also dwells on the relationship between the parts of a structure, on its chances of surviving and on its inevitable transformation over time. The recurrent use by the artist of fragments, scrap pieces, found materials, and their reuse, expresses a desire to subvert the values conventionally attributed to materials and, in a broad sense, to the elements of everyday life.
Komatsu deals with themes of regeneration, focussing particularly on the physical redevelopment of urban space as a wider metaphor for “… man, nature or architecture in a continuous process of change”. His earliest works and performances tend towards a fairly literal interpretation of these interests by, for example, repurposing the “… materials of construction and deconstruction” into platforms for drawing, painting and assemblage. His current production, however, is more complex both spatially and conceptually.