Galleria Continua / São Paulo is happy to present a new preview entitled “+53 SLAM”, on show at Complexo Esportivo do Pacaembu, with works by Osvaldo González, Luis López-Chávez and José Yaque.Galleria Continua’s unique DNA is based on the premise of bringing contemporary art closer to the public inside and outside of usual contexts. That’s why it has created an inviting environment for you to enjoy art in unconventional spaces.
Borders and boundaries are defined as a frame, real or imagined, around areas and ideas. One can separate almost anything by creating a law, an actual physical mark demarcating an area, by launching a new concept or by defining an artwork as an entity separate from its viewer. At the same time, such art offers access – to a point of view, a sensation, a moment, thereby obliterating said boundary. Blurring the limitations between traditional media used in art, between the political, social and personal – our artists present borders that are as universal as they private and particular. Tape, split canvases, swirling cylinders and broken mirrors, all serve to create and then shatter our own mental and corporal confines, while establishing novel forms of thinking and interacting the world around us.
This preview takes three cuban artists and places their work in the context of one of the tennis courts of Pacaembu stadium and sports complex. The title “+53 SLAM” refers to these two elements: the grand slam in Tennis, and the dialling code for Cuban phone numbers.
For more information on accessing the preview by appointment only please email contato@galleriacontinua.com.br 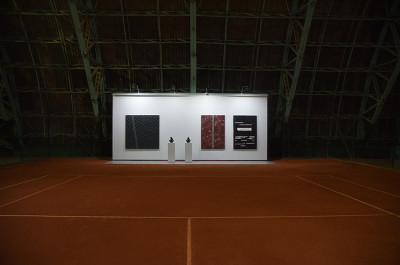 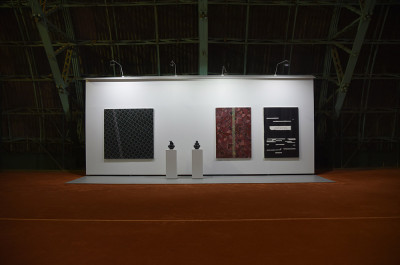 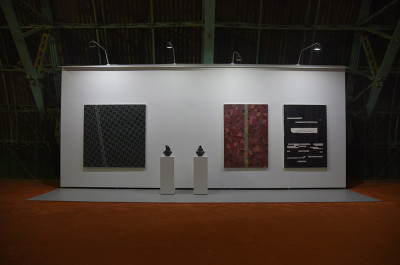 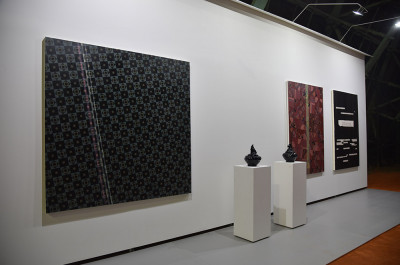 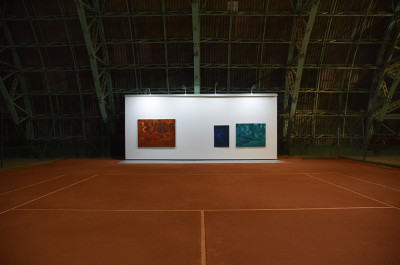 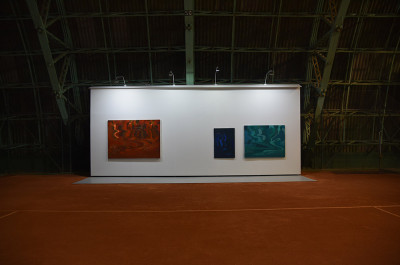 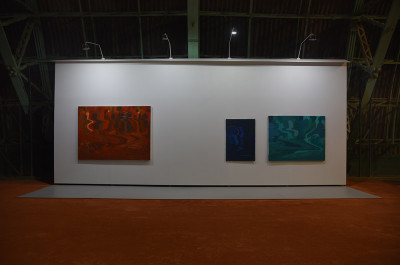 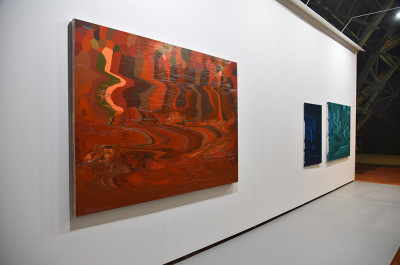 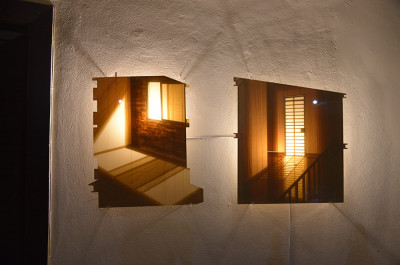 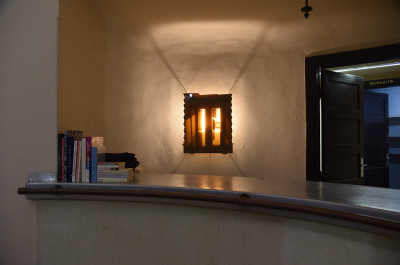