'Stand in the pathway and see'

Ahmed Mater for the first time at Les Moulins

The exhibition presents a set of works from an important project started by the artist in 2008, comprising photographs, video and installation.The holy city of Mecca in Saudi Arabia for several years now has been the scene of spectacular urban redevelopment. An open-air construction site, destruction and construction: the Al-Haram Mosque, a new urban centre is gradually emerging around the heart of the Muslim world. Millions of pilgrims converge every year during the hajj, or fifth pillar of Islam. Ahmed Mater records and observes the city’s rapid evolution in a body of work called Desert of Pharan, in reference to the desert where Mecca was founded, as described in the Scriptures. The artis shows how little it is considered of the ancient architectural heritage of the city, its geography, its history. Moreover, Mater questions the way in which Saudi Arabia claims itself as a religious power, concentreting the organization of the city exclusively around the Kaaba and in this way seeking to symbolically demonstrate the power of the Wahhabi doctrine. The installation Mecca Windows unfolds on the walls of the large exhibition space, revealing a mosaic of shapes and colors, made up a vast quantity of windows: the new Mecca emerging from the earth is a city of globalization, with skyscrapers of glass, bitumen and paths steel. The polar opposite of the ancient city now is lost forever. 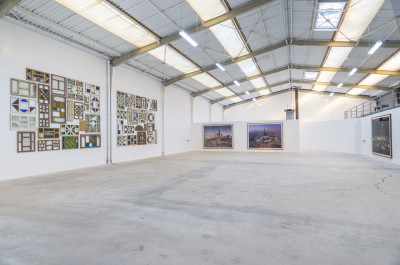 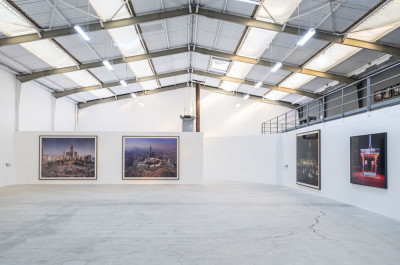 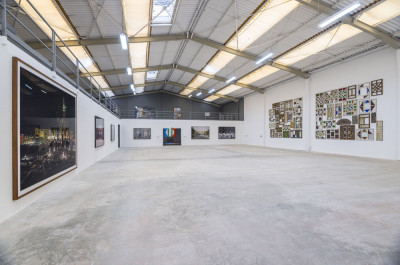 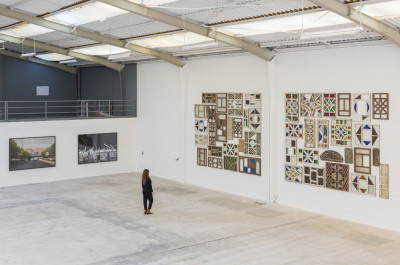 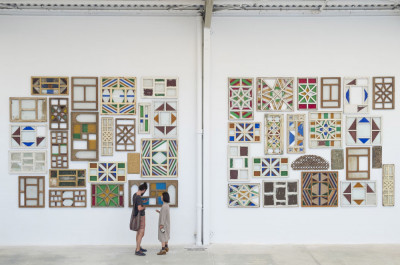 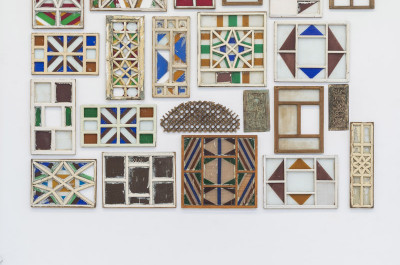 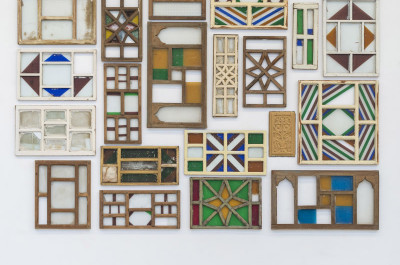 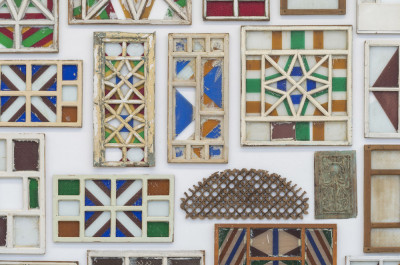 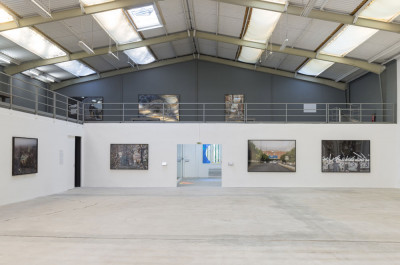 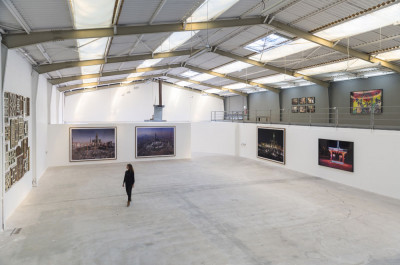 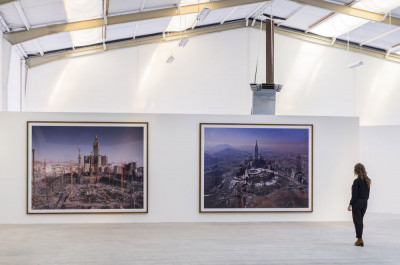 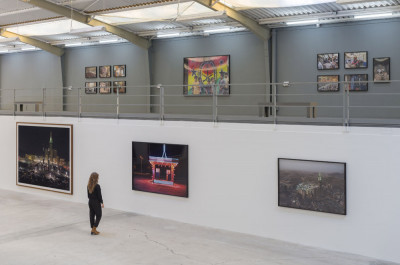 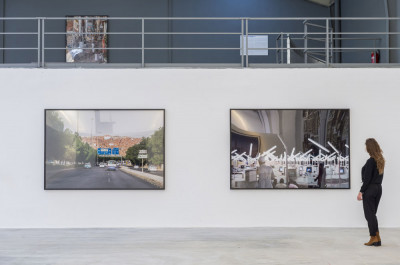 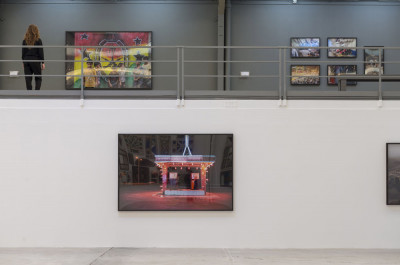 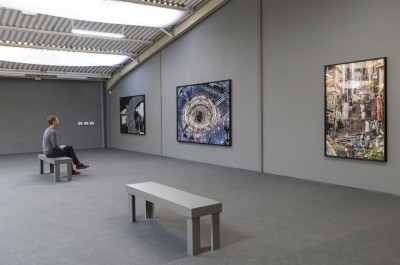 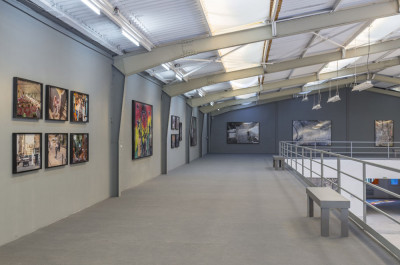 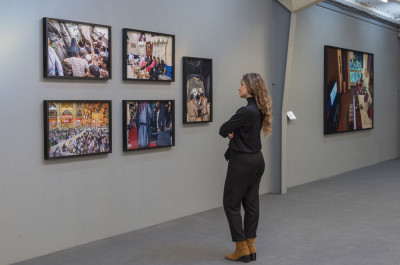 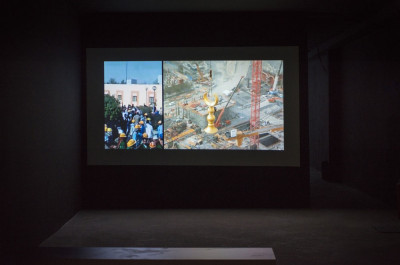 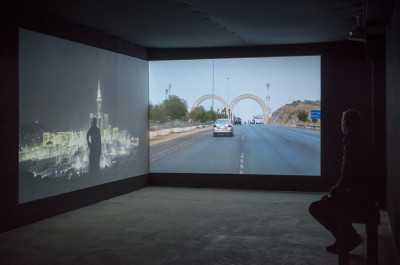