Employing the slate stone Ozzola unravels an individual route that intersects with that of great adventurers, to trace imagined and historical routes. Slates are incised to indicate the journeys that changed the course of history. They are both an examples of individuality and self-realization and testimonies of man’s voracity to navigate towards the unknown. Through these routes men’s researches and reconstructed memory. Imperishable proof of the past movements of man and perhaps even of its future, slate in Blood’s Routes become the ideal support for DNA studies. Roots is the title of the latest work the artist produced in Havana, it reflects the migratory tendencies both towards and from Cuba. Timeless is a video that achieves to reflect an Island’s hope  and loneliness, the desolate and distant horizon and the sight of the sea, where communication between man  and landscape whistling becomes an intimate dialogue. With the series of of Bunker the artist re-semanticizes the space from which the horizon is observed and the polarity between light and dark. Murals, photography and graffiti make up a whole that prompts us to gaze at the space from a different perspective. Constellations, desires and fears takes the form of a wheel ready to move, perhaps, towards a new direction. The work Mountain in the nebula constitutes a rare sight that invites us to admire and explore one of the greatest desires of humanity: the grandeur of the cosmic.Giovanni Ozzola was born in 1982 in Florence, lives and works in Tenerife, Spain. In 2003 his first exhibition: “Happiness: A Survival Guide for Art and Life” curated by David Elliott and Pier Luigi Tazzi at the Mori Art Museum in Tokyo, Japan. His work has been exhibited in Korea, India ,China, South Africa, Australia, the Netherlands, among other countries. 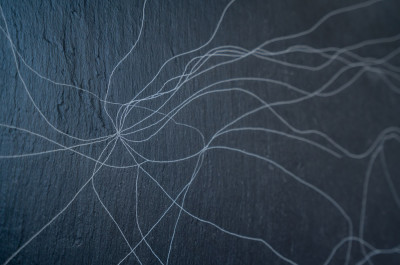 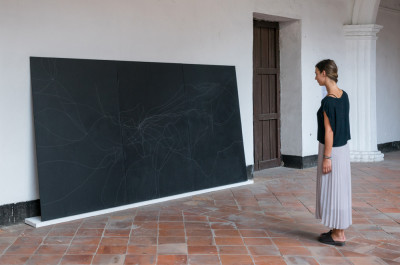 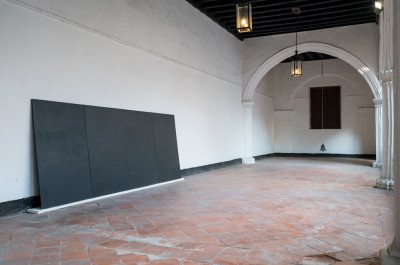 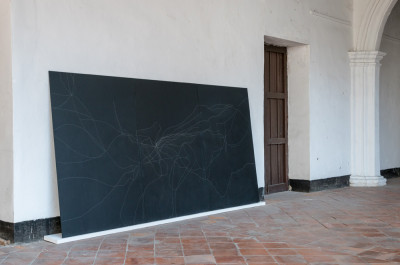 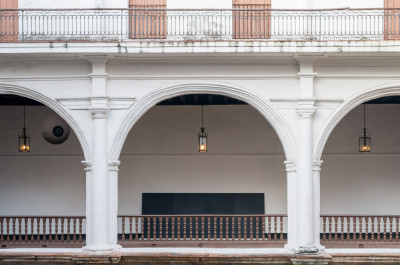 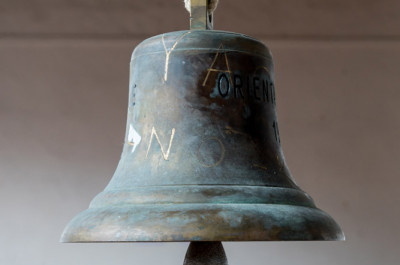 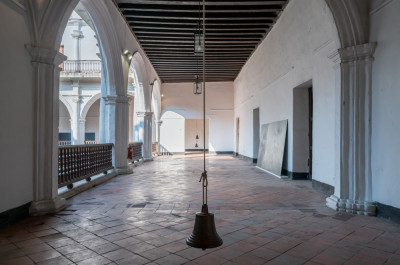 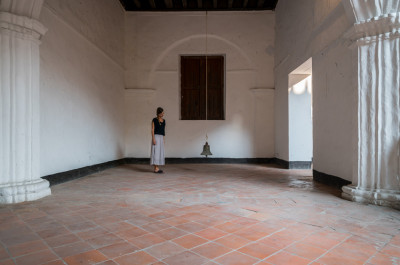 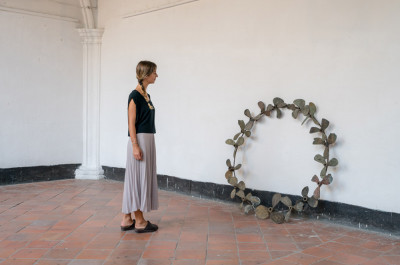 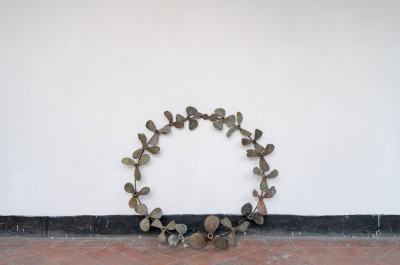 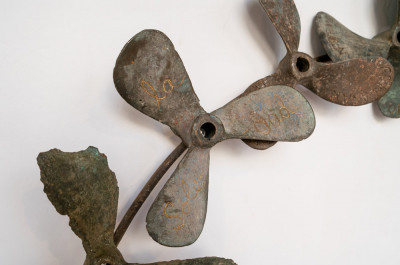 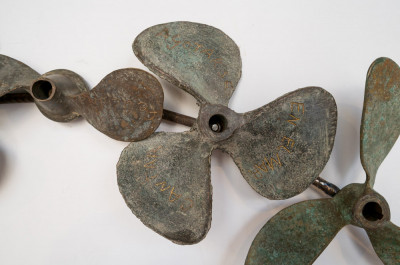 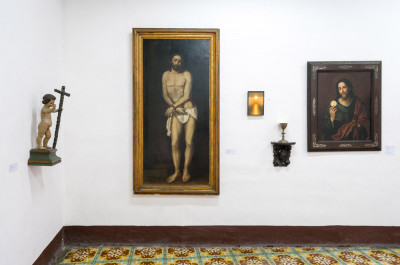 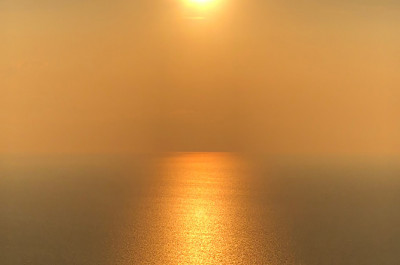 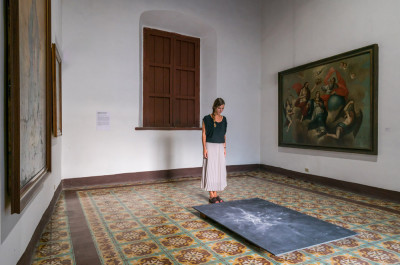 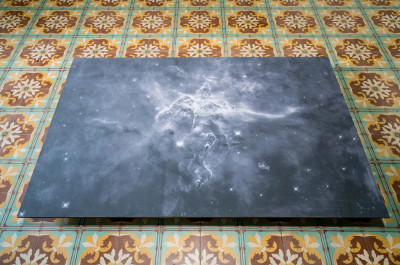 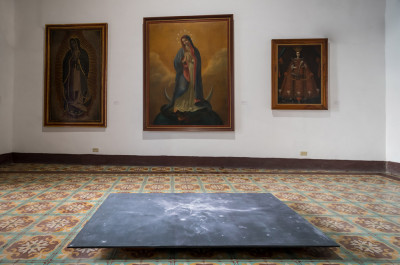 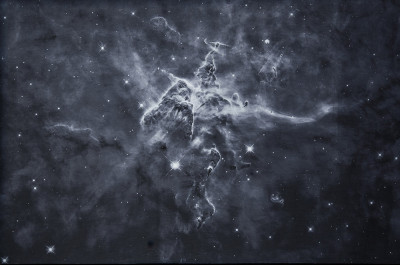 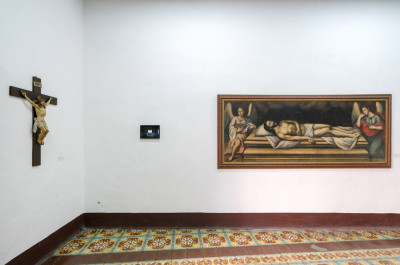 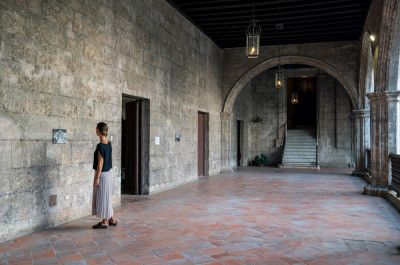 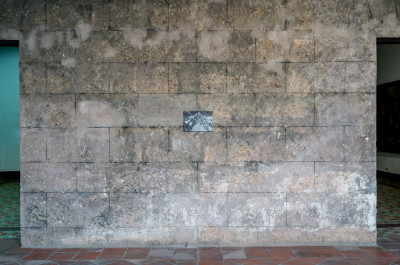 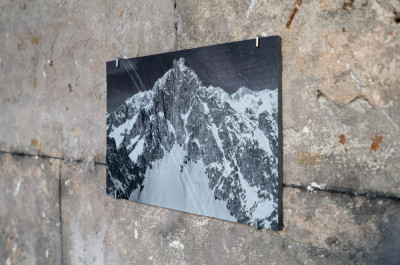 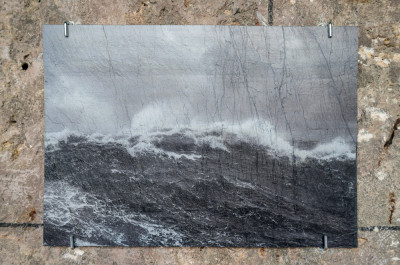 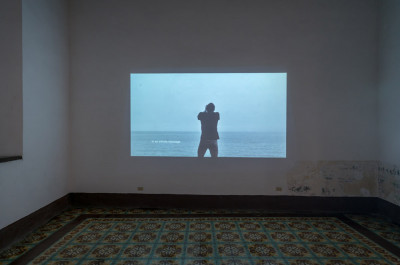 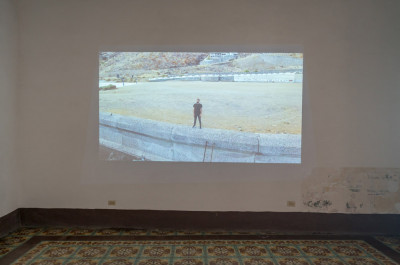