Showing for the first time in Italy, Daniel Buren’s film “Fuori tempo, a perdita d’occhio”, is a work that lasts 6 hours and 24 minutes: a sort of retrospective in the form of a film in which the French artist goes back over the stages of his work, from the very beginning up until 2018. The film is an open structure, that is, conceived with the intention of being able to intervene at any time by correcting or updating the film with new works. 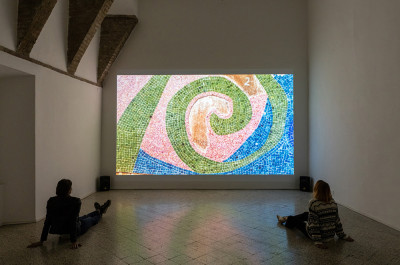 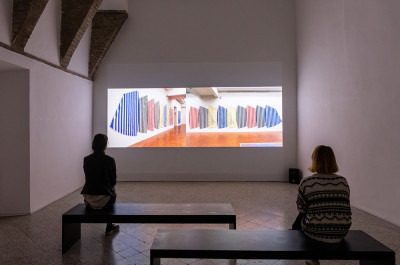 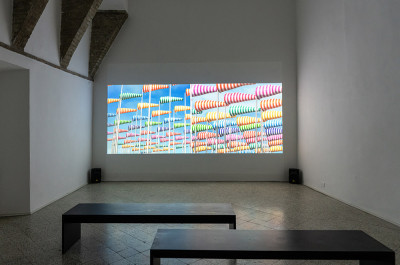 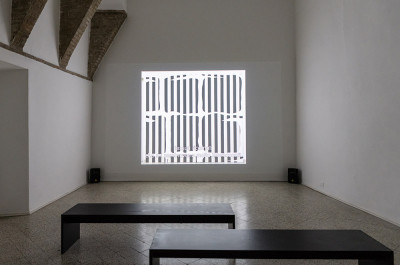 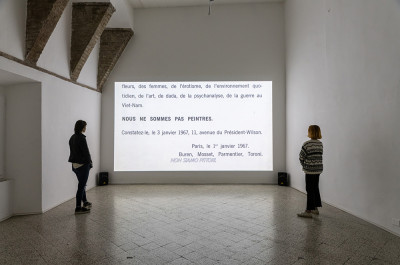 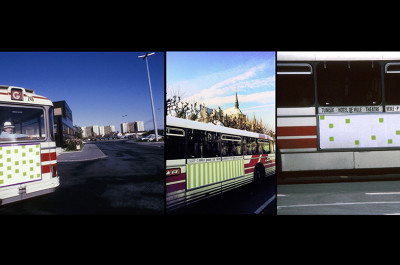 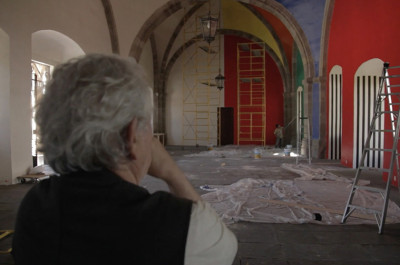 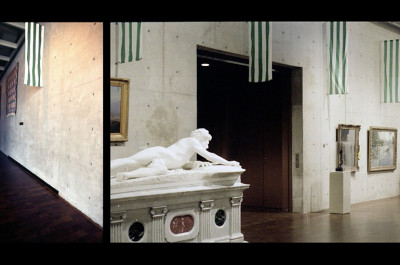 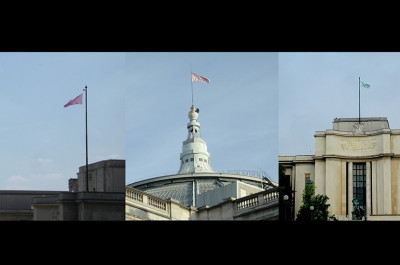 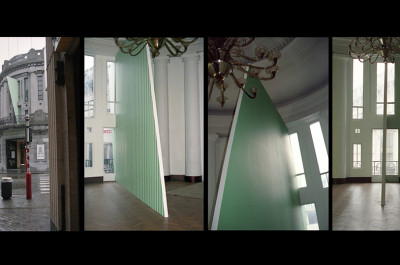 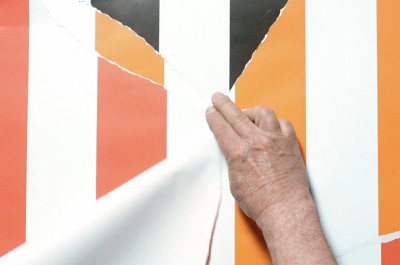 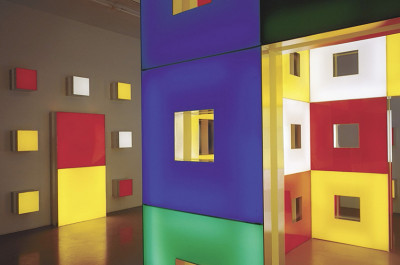