Marta Spagnoli’s first exhibition at Galleria Continua San Gimignano is built around a series of works, canvases of various sizes, drawings on paper and variously supported mixed media that are the result of research developed over the last two years. Whiteout, referring to a polar meteorological condition in which intense solar lighting changes the perception of space, horizon and time, manifests in the white spaces in Spagnoli’s work, providing an a-temporality and a sense of mythological suspension. Each image is a map reconstructed according to a mental marker, where the white flow is anything but immutable, as if something has happened continuously beneath it. Surrounding this, a reworking of fragments and shapes of organic origin and mythological forms establishes itself, causing all kinds of natural and otherworldly figures to appear suspended, intertwined or weaved rhythmically into what appears as a sort of spotted livery or flora. A livery that acts almost as a garment that provokes a metamorphosis, bringing the wild animal back to the human being by providing a flamboyant, camouflage uniform that demonstrates the individual’s identities and habits. 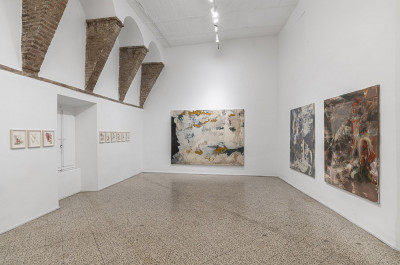 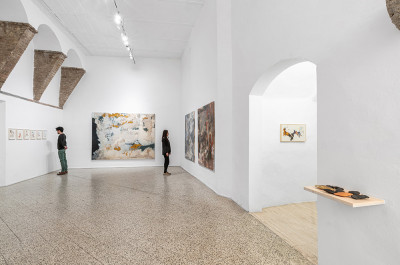 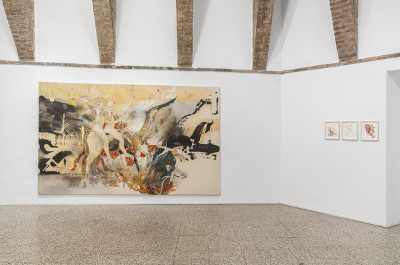 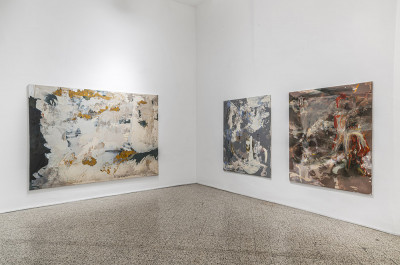 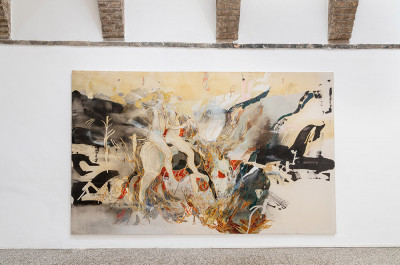 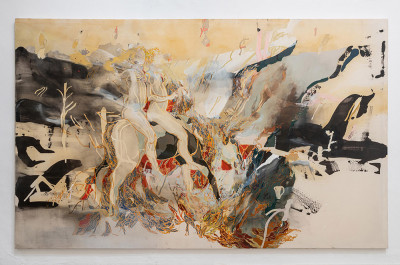 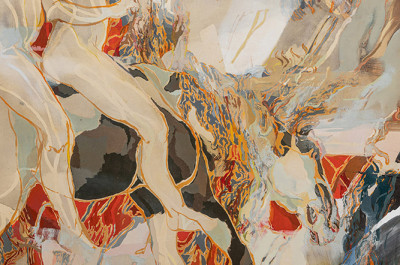 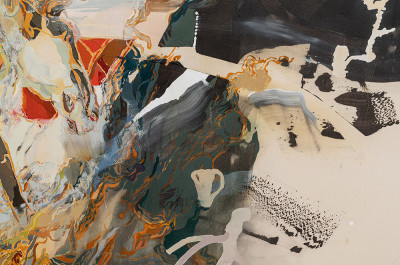 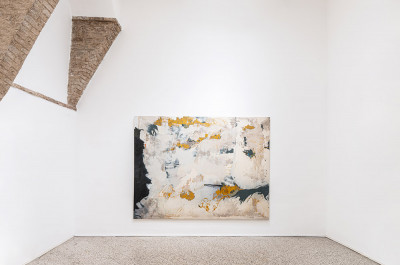 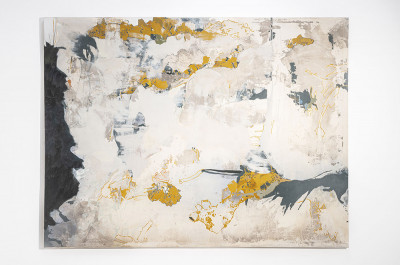 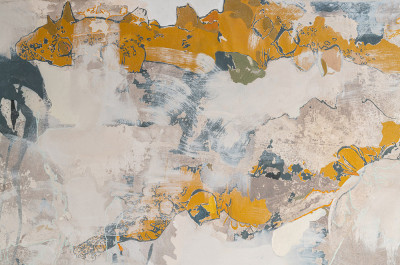 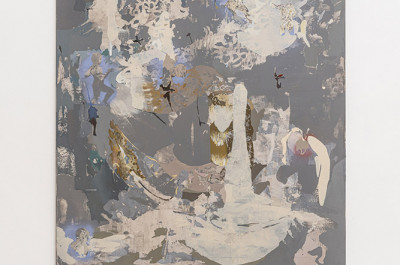 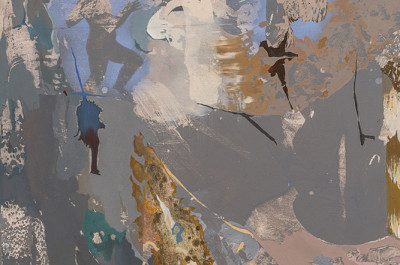 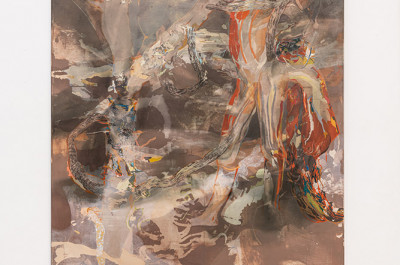 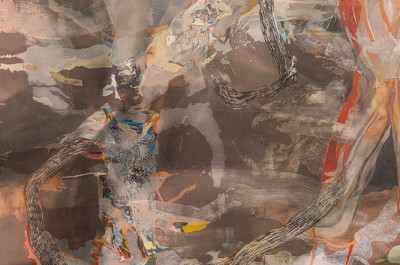 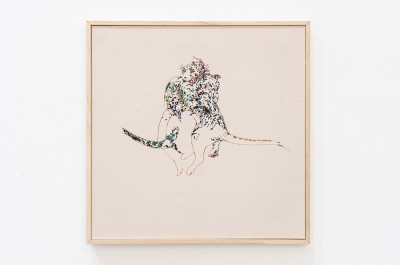 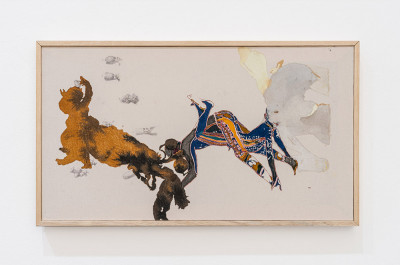 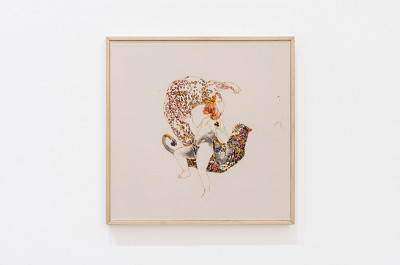 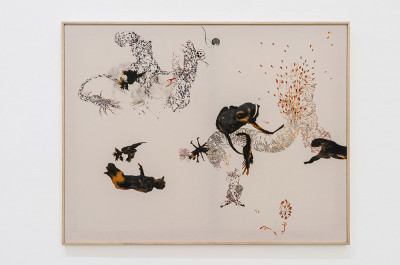 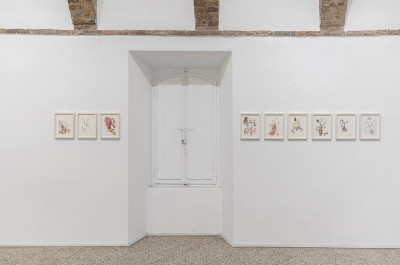 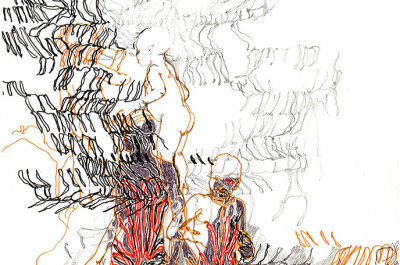 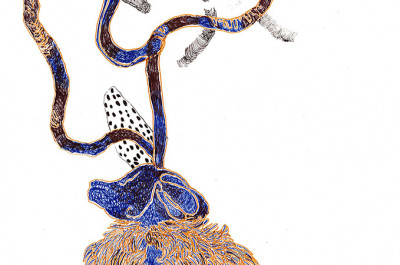 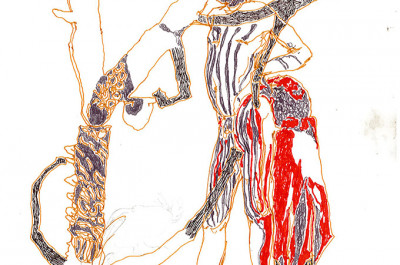 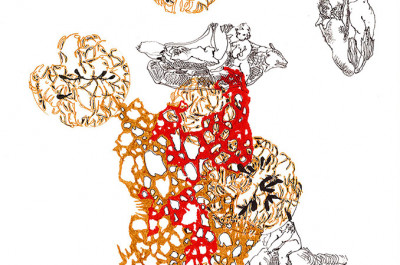 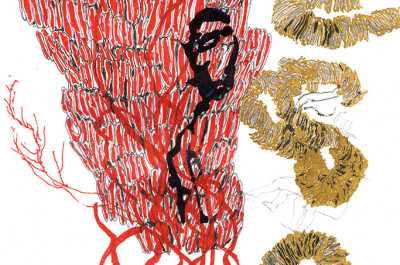 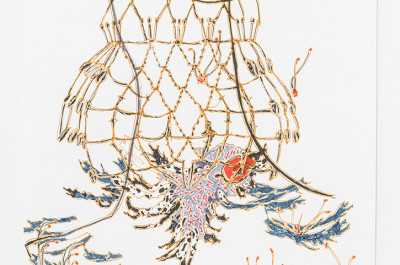 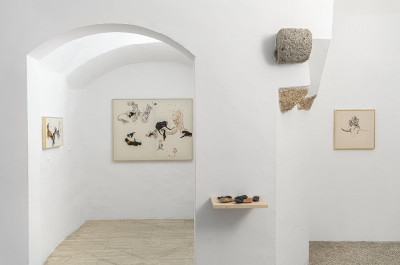 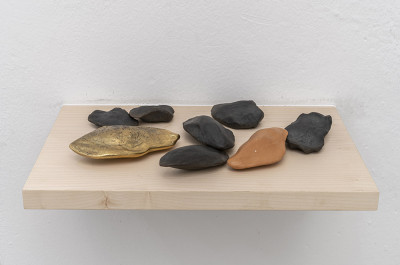