Hans Op de Beeck mainly creates large-scale immersive installations, sculptures, paintings, video works and photographs. Over the past ten years his practice has expanded to the performing arts, as a playwright, an opera and theatre stage director and as a scenographer and costume designer. Op de Beeck’s visual artworks are rich in narrative structure and they are considerate of the presence of the viewer.
The three-dimensional works are often covered with a distinctive grey, velvet-like coating that petrifies people and objects and subsequently their emotions and actions. Anachronistic and timeless interiors and natural landscapes are important in Op de Beeck’s installations, sculptures, paintings and films. With an extreme attention to detail, a different yet recognizable reality is presented to us.
The subject, the objects of the scene, the scene’s background and the viewer are all considered and included in his works that broadly reflect on our human condition, in a melancholic or tragicomic way. The latter is considered substantially, for example, in works where Op de Beeck plays with scale and the viewer becomes enormous in comparison with a tiny-constructed scene in a Wunderkammer-like showcase, ‘The Hideout’ (2020), or in works that present a representation of reality like the giant installation, ‘The Collector’s House’ (2016), where the viewer walks around or sits down in an entirely staged, life-sized, petrified world. 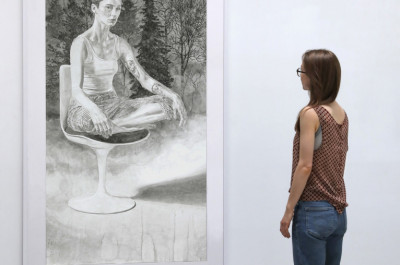 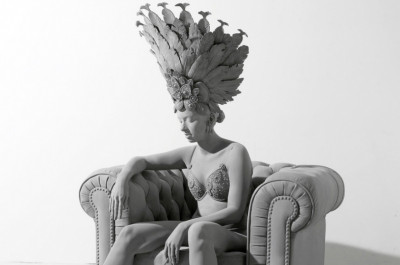 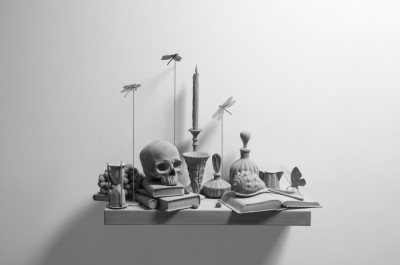 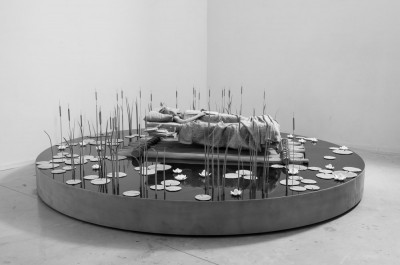 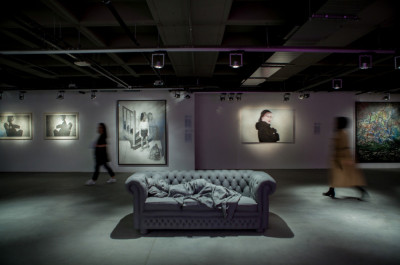 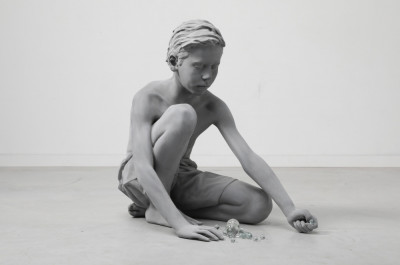 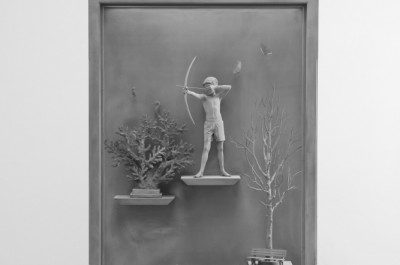 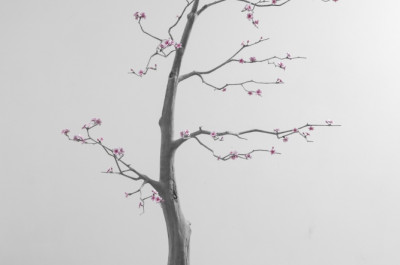 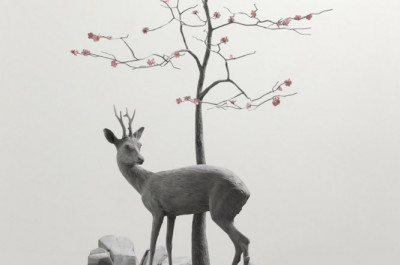 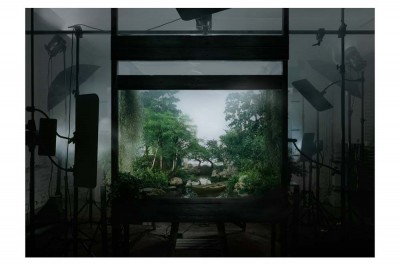 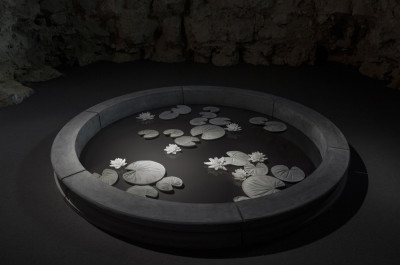 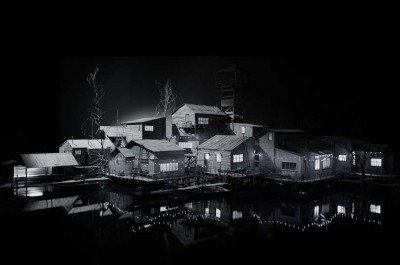 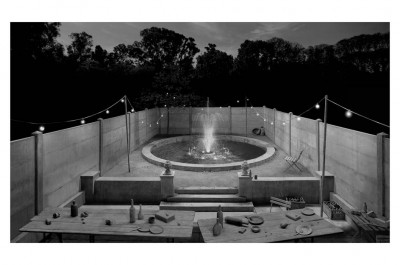 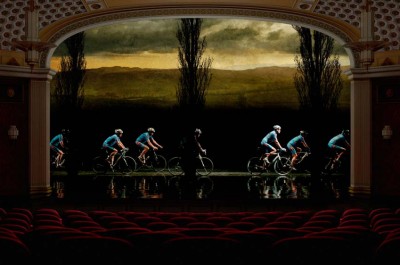 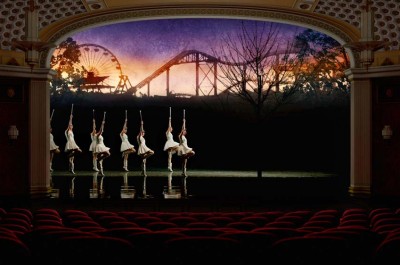 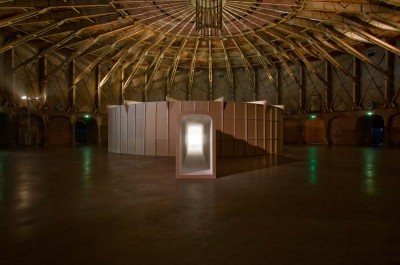 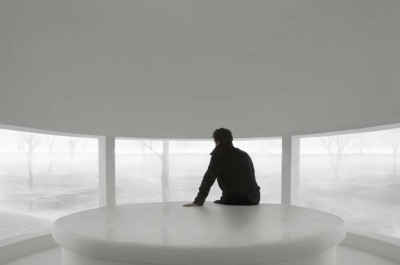 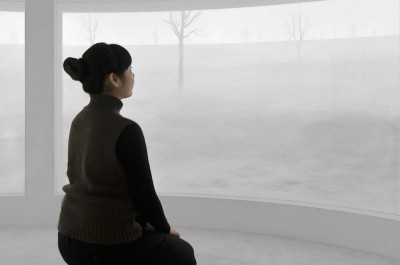