JR - the world as his art gallery

JR, born in Paris in 1983, is an artist who exhibits freely in the streets, communities and public spaces around the world. His work confronts Art and Action and often incorporates members of the public in the works themselves. He makes them the protagonists of works that then go on to enhance their communities and public spaces.
JR's street art career developed into photography when in 2001 he found a camera in the Paris Metro. He is the originator of the 28 Millimeters Project which he started in Clichy-Montfermeil in 2004 and continued in the Middle East with Face 2 Face (2007), in Brazil and Kenya for Women Are Heroes (2008-2011).
In 2011 he received the Ted Prize, giving him the opportunity to make a vow to change the world. He created Inside Out, an international participatory art project. This project allows people from around the world to receive a print of their portrait and then billboard it as support for an idea, a project, an action and share that experience.
In 2013, the first retrospectives of JR's work took place in Tokyo at the Watari-Um Museum and the Cincinnati Contemporary Arts Center. These were followed by exhibitions at the Frieder Burda Museum in Baden Baden in 2014, and at the HOCA Foundation in Hong Kong in 2015. He exhibited in 2018 at the Maison Européenne de la Photographie in Paris and in 2019 at the San Francisco Museum of Modern Art (SFMOMA) and the Brooklyn Museum. More recent projects include a collaboration with the New York City Ballet and an artistic intervention in the abandoned hospital of Ellis Island. JR at the Louvre was a project in which he made the pyramid disappear. He also created sculptural installations at the Olympic Games in Rio, a movie with Agnès Varda "Faces, Place”s that won the Golden Eye (for best documentary) and an art activation within the walls of Tehachapi Correctional Institution.
Street artist JR’s art is about confronting the public within their communities and encouraging a questioning and a conversation around the structure and dynamics of our society. 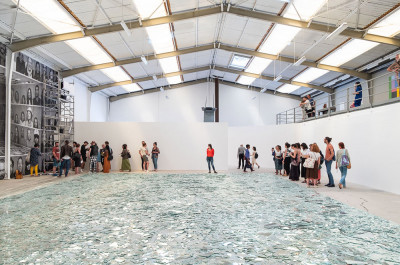 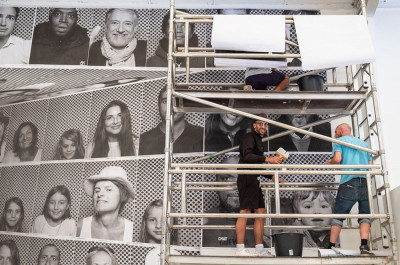 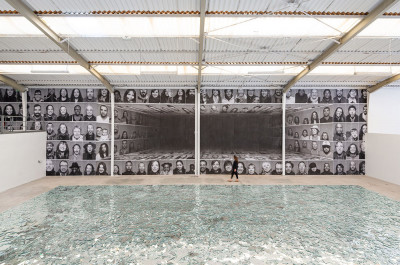 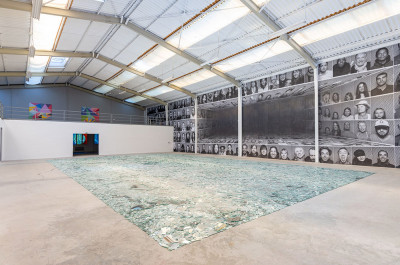 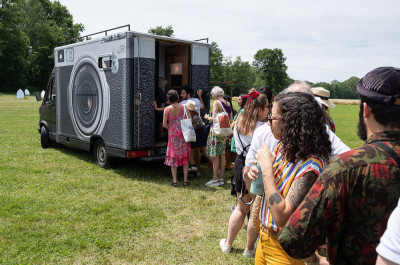 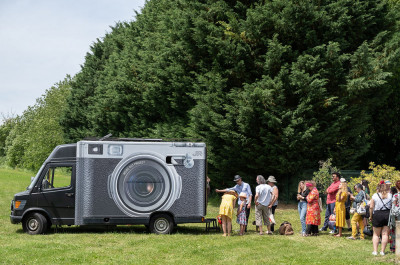 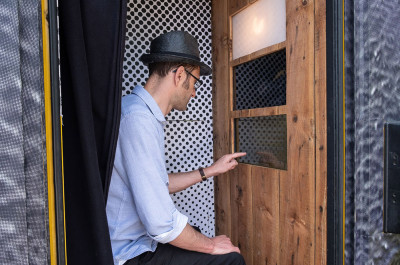 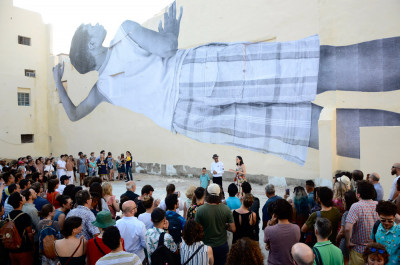 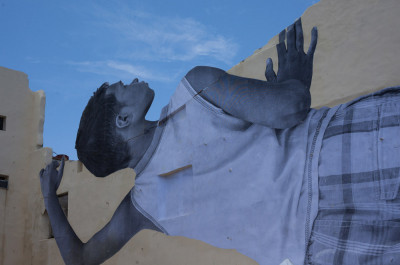 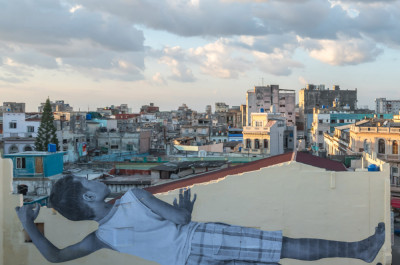 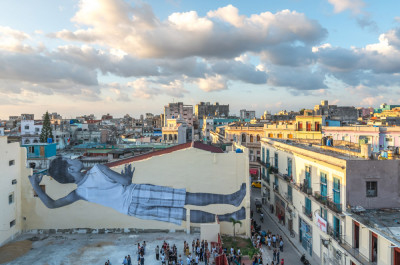 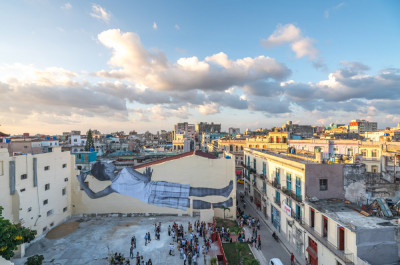